Our October wouldn't have been this great without the support from our Nurturers- our dear community of supporters!

To join the Nurturers' Club and support our work, click the given link: http://www.navprernafoundation.com/donate-now/

Any sort of help is very precious to us- be it donating pretty sarees, dupattas and bed covers that you don't need anymore, volunteering with us, sharing our work and advocating the cause of Autism among your circle of friends or even donating small amounts every month..

Feel free to share the post and the YouTube link with whoever you think would love to get to know us!
Posted by Unknown at 00:42 No comments:

Our Nani ! The 1st photo is in the old home- PREM DHAM where she stayed for 10 years ! It gave her life a structure , and stability- after she had suffered a serious psychological set back- when my father was murdered , in Kolkata in 1974 ! 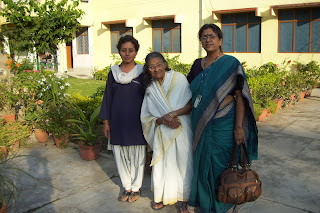 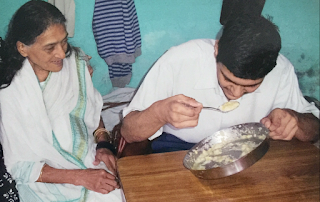 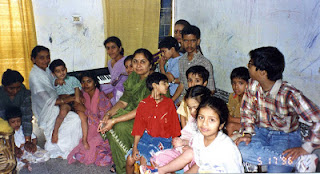 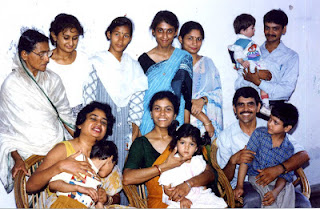 After nearly a whole year, we are back in action! So many things have happened - so much water has flown under the bridge !
Our favourite Nani passed away on 6th Dec'15. She was my first helper, our constant help and support! Whether in the kitchen, in the class, to pick up my children or nursing students when ill- she has been a pillar of strength!
It had been my vision to club the Group home with an old home ! To experiment with this idea- I had got her from the old home here in Dehra Dun- for the last 4 years of her life !


The photo above, is the 1st day of the inauguration of "PRERANA SPECIAL SCHOOL" in July, 1995

We learnt a lot about the needs, as well as clubbing the two sectors- on an experimental basis,some thing which we may consider in the future!

Thank you Ma/ NANI
Posted by Unknown at 05:12 No comments: 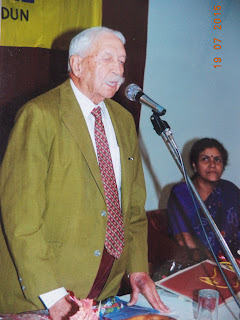 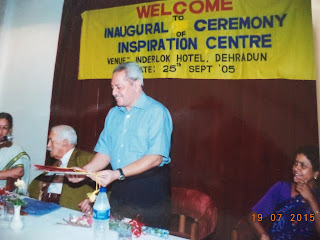 
The Principal-Welham Girls' School, and the Director- Doon Girls' School as the Guests of Honour- in conversation with Mrs Singh
Posted by Unknown at 12:41 No comments:

Tomorrow,hardly an hour later,is the 9th of September- my son-Pranay's Birthday !
This day,always rakes up mixed feelings- I feel so happy to have this wonderful soul, who has gently, but steadily steered me into whatever I am doing today !But at the same time it brings back memories of my stupidity- that I did not rush to the hospital- due to heavy rains. And- when I did- it was already late - as he was under distress !I was rather over-confident- as my uncle was Kolkata's topmost gynecologist, and his team of friends had been monitoring my progress.
I suffered distress at his birth, late night- 26 years back- on this day. The asphyxiation led to his 15 days stay in ICU- due to epilepsy after 24 hours of birth. Then again, when he was 4 years old - he had two epileptic episodes in the same month- which culminated in loss of speech,hyperactivity, aggression &a whole gamut of symptoms, where he was sliding into autism !
"Necessity is the mother of Invention!" So when he was refused admissions in 42 schools in Delhi - I decided to give up my lucrative job as Senior Biology teacher & later as Principal of a newly started residential school in south Delhi .  I started the Prerana Special School in Vikaspuri, West Delhi,in our own flat !
Then there was no looking back! We are known for our services- getting special kids from the low income group- in order to help that section of society who are always neglected and ignored by the government and society !
After 10 years of running the Delhi Centre, we decided to start the residential Group  Home in Dehra Dun. By that time I had already visited the USA twice & the then Minister for Social Justice & Empowerment- selected me to visit Japan to see their social welfare sector. That was the turning point in my life- as I saw 90 year old mothers there - running organisations for the special persons!
I came back fully recharged to take the next giant leap - to starttheGroup Home. By that time Pranay was 17 - Tilaknagar was getting too noisy and cramped for him- I had to plan fast to get him out of Delhi.
That's when I got the offer from Mr. Dang-owner of Inderlok Hotel,and Director of Doon Girls' School-to come & stay in his sprawling garden house in Dalanwala , Dehra Dun.
So that was my entry into Dehra Dun,and beginning of the Dehra Dun Centre! 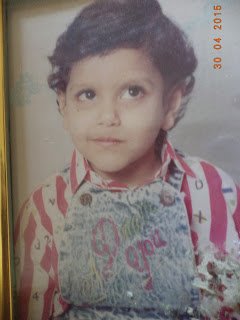 Inspiration, an organisation working with the intellectually challenged, has been providing services to the slums of West Delhi and other areas, over the last 20 years. After completion of the tenth year, a new centre was opened in Dehra Dun, which had a Group Home, Special School, Training of staff and Parents , as well as Respite Care ,long term and short term stay, depending on the need of families.
But the Organisation was not able to support the Dehra Dun Centre ,which had already become quite popular with parents and families, specially with autism and other developmental disabilities. So the Nav Prerna Foundation – The New Inspiration was formed to start a new chapter in the Himalayan State, known for its therapeutic qualities and ambiance.
So the Founder President of Inspiration, is the Trustee of this foundation, which came into existence on 9th Dec’10. 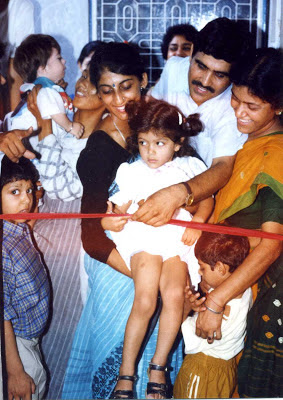 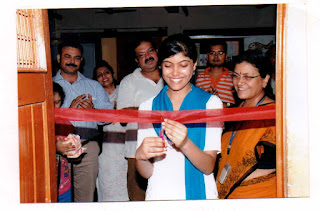